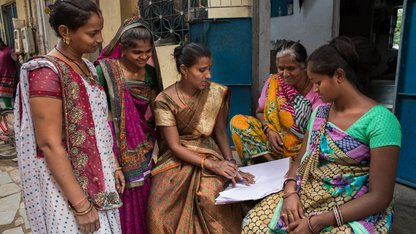 One of the largest philanthropic organizations in the United States, the Hewlett Foundation was established in 1966 with the goal of making the world a better place through the improvement of education, preservation of the environment, increasing women’s participation and access to government services, a greater commitment to racial justice and the support of improved livelihoods in developing countries.

In particular, The Global Development and Population (GDP) Program, gives grants to organizations that are trying to help their governments be more transparent and accountable. As of 2019, the GDP program had over 250 active grants totaling over USD120 million. They focus on grants that increase citizen participation, expand women’s access to reproductive and economic choices and improve government policymaking through the use of evidence. Their grantees are located primarily in East and West Africa and Mexico.

The Hewlett Foundation prides itself on its humble approach to its work with grantee organizations, understanding that their grantees are on the ground and know their country contexts and nuances best. The program officers at the foundation have first-hand experience influencing governments from civil society in the different areas of accountability, such as fiscal accountability — as in how governments raise and spend their funds. They are also managing grant areas for emerging topics like open data for development, data governance policies, and the confluence of gender, social inclusion, and accountability to under-served populations.

The GDP program is currently working on its 2021 strategy that will fine-tune the areas they will focus on, such as a greater emphasis on gender, as seen in their Women’s Economic Empowerment strategy, equity and inclusion, strengthening public administration in governments in their key countries, but also how it can better contribute to learnings in the field and to the organizational health of its partners. They will continue to be committed to Diversity Equity and Inclusion both internally and externally. Over 70% of the Hewlett’s Foundation identify as women and a recent reflection of 200 grants showed that all are either gender aware or gender transformational.

While the bulk of the organization’s transparency and accountability work is done in the global South, it is just as relevant in the North. In line with its culture to look inward and work on issues not just abroad, but on its own doorstep, the Hewlett Foundation has committed to focusing on governance, transparency, and accountability in relation to US democratic processes. It’s a genuine stance of humility and sincere desire to make the world better, that have been cornerstones of this organization for over 50 years.