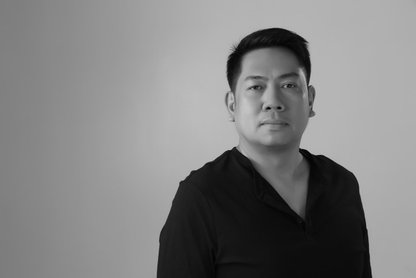 In 2015, Mission Talent placed Gilbert Sape in the role of Asia Pacific Wildlife Campaign Manager at World Animal Protection Asia Pacific. In December 2016, he was promoted to the Head of Campaign role. Gilbert previously held numerous roles in agriculture and research at organisations like Pesticide Action Network International and the IBON Foundation. In this interview, he reflects on campaigning trends in Asia, and shares about his success working to end the use of bear bile in South Korea.

Coming from an animal welfare organisation, our campaign is to stop the practice. It is about changing the perspective of the consumers, but also changing policies and practices of companies involved not to profit from that business. There are many alternatives, both plant-based or synthetic instead of using wildlife in traditional medicine. Presenting these alternatives is important so consumers know that there’s a way out.

What have been some of the achievements of this campaign?
One of the exciting achievements so far was our work in South Korea where through our work with a local partner organisation, the government agreed to sterilise the bears that are intended for the bear bile industry. This means these bears will be the last generation that will be used for traditional medicine. This is the start of the phase-out of the bear bile industry.

After almost 15 years of campaigning, WAP has achieved this victory and it was good to be a  part of the tail-end of the campaign. Of course, the work will continue, but I think we can now see the end of the campaign. This is an important milestone as we can use this as a case study to demonstrate that there is a solution and it’s possible to end the industry. These positive developments are important as they are proof that there’s hope for wild animals and that it is possible to end the exploitation of wildlife for traditional medicine.

Recently, World Animal Protection also has made some progress campaigning to stop elephant riding in Thailand. What has been important in your strategy?
What is important in our strategy is having a clear understanding on how the change would happen — create a global supporter base that is willing to take action for elephants, getting buy-in from and putting pressure on travel companies and operators to change their practice, and demonstrating that there is indeed a sustainable solution. It was not an easy campaign but through various tactics, tourists have a better understanding now that elephants are sentient beings, that they suffer and feel pain. Travel companies and operators who sell tours and have ties with different tourism venues are aware now that it is a business risk for them to profit from a practice that exploits and harms animals.

What trends or innovations do you see in campaigning in Asia?
Before we launch something online, we go out and talk to people to see if what we’re planning actually makes sense in the real world — we call it “sensing and testing”. Sensing because you get the sense of what people understand and what their opinions are about what you are doing, and then testing some of the materials and ideas to determine if it would move people to take action. I see this innovation being done by many organisations and this is a very good development.

Also, while many organisations and campaigners are using online platforms to reach out to people, there’s also the need to be more personal in our approach in our campaigning. While online mobilisation is good, you don’t connect in a deeper way, because that kind of connection you only get when you see people eye-to-eye, interact and discuss issues face-to-face. I also think that with the issue of privacy and how the big online platforms are misusing the information that people give them, I think a lot of people don’t trust the information that they see online. Therefore, it makes sense for campaigners to really reach out to people in a manner that is more personal —  if you want to gather support. More than a trend, offline activities are essential in campaigning.

How do you relate the issue of animal welfare to human welfare?
We have to look at the issue of animals and people as part of one big ecosystem. If animals are harmed and killed, the whole ecosystem is affected. Animals help to maintain the balance of the ecosystem. As an animal welfare organisation, we value animal welfare as a primary issue. However, it doesn’t mean that we are not concerned about other issues as well. In fact, we recognise the link between animal welfare, the issue of environment and climate crisis. The climate crisis not only impacts human beings but animals as well. The changing climate is impacting the food systems and vice versa. It is also impacting wild animals as they lose their natural habitat to large-scale farming. These are such interrelated issues. The work of World Animal Protection complements the work of other organisations working on humanitarian issues, for example. There is a great synergy there and also the possibility for cooperation and collaboration.