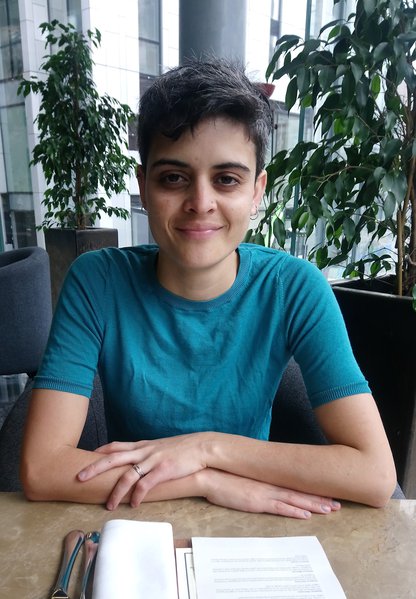 In August 2018, Mission Talent placed Aura Freeman as Head of Campaigns – Animals in Disasters at World Animal Protection. She previously worked in human rights as a senior campaigner with Amnesty International and with the United Nations, covering issues from LGBT and refugee rights, to FGM and ending slavery.

Before you joined World Animal Protection, you were a campaigner and researcher for human rights for various NGOs. How did you manage this shift from human to animal rights?
I had never worked in animal welfare before joining World Animal Protection, but what really helped was my campaigner skillset. The approach is very much the same: there’s a problem and we want to change something in the system. This involves building a strategy, identifying the kinds of tools and tactics that you can use to influence your target audience, and hopefully, get the outcome that you desire.

I did read up a little bit about animal welfare before joining, but I’ve also had a chance to now learn about it in a more systematic way within the organisation. I think it’s really great that you can shift from one thematic area to another because that flexibility allows you to bring in new perspectives as well. My human rights background has certainly helped me navigate this area with a bit of a different viewpoint and that’s been very good.

Campaigners are always adapting and using new tools. What new tactics are you using or do you see evolving in the field?
As a campaigner, you have to adapt to the ever-changing world and that includes following digital trends to include different apps and tools to engage people. What we want as campaigners is to engage people in a way that’s meaningful to them, and in this day and age, that means bringing a more personal experience to them.

We did a recent campaign in Geneva for our Animals in Disasters’ work where we had “animal ambassadors”, large inflatable animals “protesting” outside the main United Nations building. We captured the protest on Facebook Live, so our supporters could join us in real-time to feel part of the experience. What I have learned is, as long as you can identify what will resonate with your audience, you will have a successful campaign.

You have been the Head of Campaigns – Animals in Disasters – for one year now. What has surprised you in your role?
What surprised me was the willingness of governments to work with us, because in human rights it’s sometimes very difficult to engage with governments, mostly because we’re confronting them on very sensitive issues. In my current team, we approach governments with a more advisory role as technical experts in a particular field, and we find that governments are really willing to listen and we have seen a lot of success with that approach. Disasters affect both people and animals, so it’s not difficult for people to conclude that more needs to be done for animals. I find my conversations to be very easy, whereas I thought it would be a bit more challenging.

With so many urgent issues facing us in the world, why is animal protection important and how is it related to some of the other major challenges of our times, such as climate crisis?
Animal welfare and protection are vitally important, particularly in relation to issues like climate change. If you look at the livestock sector, that in itself produces almost 15% of the greenhouse gas emissions globally, there is clearly an issue with that system. Not only are those animals being treated badly or being reared in poor welfare conditions, that system is also having a detrimental effect on our planet, so you can’t separate those issues. Welfare, poverty, and development are so interlinked with climate change that it would be remiss of us not to have a more systematic approach to this issue. For example, people rely on animals for economic status in many parts of the world, so if they lose their animals in a disaster then they are heavily affected.The cyclone in Southern Africa earlier this year affected millions of people and animals, and there was a clear link between it and climate change. If you don’t address the fact that people will lose not just their lives or their family members, but also their animals, then you can see that it’s very much interlinked. If people lose their animals then they cannot recover from a disaster, so that’s why we advocate for a more holistic approach to the issue.

As someone who has been leading teams of campaigners, what skills and abilities do campaigners need to have to be successful in 2019?
Campaigners need to be adaptable. We can no longer work in silos because the issues that we are trying to address are so complex and interlinked with other issues like climate change. We need to really be flexible in how we work to partner with other NGOs, local civil society, and supporters on the ground. The way that movements are built in today’s world is very different from the world that World Animal Protection entered in 1981. People are mobilising themselves, they are coming to the streets themselves and taking these issues into their own hands. As NGOs, we need to support those movements: we have the expertise to inform them and the experience to mobilise people. Campaigners need to open their minds to work in different ways because if we continue in the same manner in which we are, we won’t be able to address the root causes of some issues.

You work with local communities, governments and civil society across many cultural contexts and nationalities, what commonalities do you see and what gives you hope about awareness of animals rights today?
What gives me hope is that people genuinely do care about their communities and about protecting their families — and animals are part of people’s families. What really struck me working with different groups and NGOs across the globe is that the issue is understood by everybody, because disasters affect most regions in the world, so it is very easy to understand that that level of suffering also applies to animals. I have seen communities come together in a disaster or in a post-disaster to help animals. They are willing to share stories about how losing their animals or seeing their animals suffer has affected them, and I see the same sorts of emotions from different people from across the world. It gives me hope that the direction we’re trying to move into is a good one. I also think that we shouldn’t underestimate the power of people and their culture. Culture plays a huge role in people’s perceptions, and culture can help us campaign to reach our goals.

In your experience, do you find people to be more empathetic towards animals than human rights?
People care about their pets, so a lot of supporters of World Animal Protection can relate to the issues that we’re working on because they have an animal living in their home. They see their pets as part of their family, so they may relate to animal issues more easily.

I think sometimes the struggle with human rights is the way that we relate to the issue. If something is happening in a faraway place and we don’t quite understand it, we may not feel like we have an opinion on it, but we also might feel like we don’t have any power in terms of changing that situation. The real challenge not just for human rights, but also the environmental movement and the animal movement is to make these issues relatable so that people can digest it and determine what they can do. The big issue is that people don’t feel they have the power to do anything. It is about empowering people to know what action they can take.