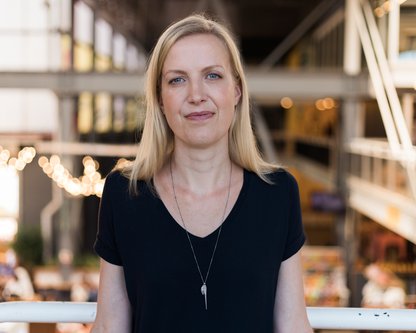 In 2009, Mission Talent was founded in Germany and South Africa. Today, the company has grown to a team of nine consultants based on four continents representing seven nationalities. To mark this anniversary, Katja Schramm, the Director of Mission Talent, reflects on what she has learned over the past decade, and what she is looking forward to in the next one.

When you look back on the last ten years, what do you feel is your biggest achievement?
My biggest achievement is having built a company that is woman-owned, multicultural and made up of a close-knit team who works together virtually. To date, we have placed more than 390 leaders in 64 countries, and we have become known as a partner for organisations seeking a robust and thorough search process that increases their access to under-represented talent. Our team is driven by our commitment to place diverse and impact-driven leaders who are representative of the people they serve.

When Mission Talent was launched, we set our sights on placing local talent, and in doing so we’ve been able to contribute to the enormous need to place women and candidates from the global South and East in leadership positions. We have worked with some of the biggest international NGOs, and we also have worked with organisations that represent new forms of organising models. Mission Talent has had the privilege of placing so many exciting leaders over the years, some of whom we recently profiled in a series of interviews about leadership transitions.

What shifts have you seen in the international development sector?
In just ten years, we have seen a much-needed shift from a sector primarily led by the North to organisations wanting to be representative of the region they are serving by hiring local talent. While our sector still suffers from a lack of women leaders, we have seen a shift towards hiring more women, including diverse women, for leadership roles.

Over the years, we have placed many executives that must lead across global federated structures. For these types of roles, we are looking for people with strong cross-cultural coordination skills and an influencing and enabling leadership style that brings people along.  But increasingly we are seeing the down-sides that come with operating from within federated structures and, with that, a drive to other forms of organising that can be more impactful. At the same time, we’ve seen a rise of virtual organisations and social enterprises and these are taking up spaces that were previously occupied by traditional INGOs.

We have also seen an increase in people working remotely, and the possibility of positions being based at global hubs, making it easier to tap into broader and local talent markets. This especially provides more flexibility for hiring female candidates.

For me, and all of us at Mission Talent, the biggest issue in recent years has been the safeguarding crisis, which has shaken our sector. Because so many brave individuals have been coming forward and speaking up, we have witnessed a much greater awareness and collaboration on safeguarding issues.

How has the safeguarding crisis impacted recruiting for the international development sector?
To be honest, it has left the sector and us at Mission Talent a bit in shock because everyone initially felt rather helpless. It’s good that there is greater awareness and that reference checks and interviews are more robust, but what is missing is easier access to information about people who have had safeguarding issues. I would like to see a common effort from organisations so that we can avoid rehiring people who are known to have behaved inappropriately because even if we ask about these issues in a reference check, it is legal constraints make it unlikely for references to be frank about the matter.

At Mission Talent, we have a zero-tolerance approach for inappropriate behaviour and we are watching out for any warning signs throughout the entirety of our recruitment processes. We keep our ears close to the ground and pay attention to any kind of red flag. This includes listening to what people say, but even more so to what they don’t say. We are also starting to think more about incorporating psychometric tests, but this is a complicated approach to tackling the issue.

What would be your advice to clients that want to recruit for diversity?
Don’t be too strict in looking for the perfect match. Rather look for someone who brings emotional skills and strategic capacity, and then provide them with the training and mentoring to enhance their leadership and management skills. Recruiting a diverse leader can be time-consuming, and organisations need to be patient and invest the time and training to recruit people who have not previously held senior positions. Our sector cannot be more diverse and representative unless we invest in lifting people up.

What are you looking forward to at Mission Talent?
In the immediate future, I am looking forward to rebranding and showcasing a fresh look for Mission Talent. We soon will have a new logo and website, and instead of using photos of people, we will be using custom illustrations. I am excited about this because I believe this to be the most ethical way to market a company working for social impact.

I am also excited about expanding my team. We are looking to bring in new client managers to help us grow in regions like MENA and Asia. We will also be looking more closely at some of the new players in international development, like social enterprises, and will seek to work with them.

What gives you hope as you look at the field of international development and global change?
When I see young people taking ownership of their future, it gives me immense hope, and I am encouraged by young people’s zero-tolerance for racism, populism, and the abuse of our planet. The future is with those young people.

I’m also heartened by countries like Finland and New Zealand, who embrace young female leadership, and countries who are looking at alternative forms of measuring development, like focusing on well-being in Iceland or happiness in Bhutan.

These are the things that give me hope.